UNESCO has an important role in the field of librarianship. Modernisation of libraries based on new technologies and organisational concepts is among its priorities. This is evident particularly from the UNESCO Convention on the Protection and Promotion of the Diversity of Cultural Expressions, also signed by the Republic of Slovenia and the European Commission. A network of libraries is of great significance for cultural symbiosis and for making the development more even all over the world, under the condition that basic access to library resources is ensured everywhere, which depends primarily on the level of automation of library functions.

Undoubtedly, IZUM has been contributing significantly to the fulfilment of strategic goals and programme priorities of UNESCO in the fields of library automation and the concept of information systems for monitoring research results in the region. Several international conferences and workshops organised together with the UNESCO Office in Venice (BRESCE) or in cooperation with the experts from the UNESCO Secretariat in Paris are good evidence of this. In the majority of countries in South-East Europe, particularly in the Western Balkans region, IZUM earned the reputation of a partner acceptable everywhere as it never acts for commercial reasons but as an adviser to the governments in concern to the development of national information systems supporting culture, education and science. All the participating countries expressed their support for the role performed by IZUM.

Based on many business dealings with the UNESCO Office in Venice (BRESCE), the conclusion prevailed that with the COBISS.net project, IZUM actually performs the mission and fulfils the objectives, characteristic of the centres under the auspices of UNESCO (category 2 centres): IZUM contributes to the implementation of the UNESCO programme by providing expert capacities, exchanging information and knowledge, providing theoretical and applied knowledge in the field of information science, giving specialist training and supporting technical cooperation with developing countries. Thus, the idea emerged that IZUM should also formally acquire the status of a UNESCO category 2 centre.

Pursuant to the UNESCO rules, a feasibility study was performed; also many consultations were carried out:

In reference to these activities UNESCO undoubtedly established that a uniform opinion regarding the following fields existed in the region:

According to expectations IZUM as a UNESCO category 2 centre should significantly strengthen multicultural cooperation and flow of information on intellectual production in the region, which would encourage the establishment of new partnership relations in the part of the world where this is more than necessary in view of the recent history.
The activities of the centre should focus on solving specific problems of updating library systems in the participating countries and on providing conditions for their integration into the global library network from the aspects of access to international bibliographic databases and of integrating own bibliographic information into those databases. Intellectual heritage and current intellectual production of these countries demand a more active presence in global overviews.
The goals include encouragement to build information infrastructure that will enable a higher quality of research, and transparency of research potentials and research results in the region and that will, as a result, promote general innovativeness.

Consequently, after having performed all the required activities and analyses, at its 36th General Assembly in November 2011, UNESCO adopted the decision to grant IZUM the status of a category 2 centre. A year later the Agreement between the Republic of Slovenia and the United Nations Educational, Scientific and Cultural Organisation (UNESCO) was signed in Paris. The Agreement defines and specifies in detail the role of IZUM as a regional category 2 centre under the auspices of UNESCO. The agreement was signed by Dr. Žiga Turk, minister of education, science, culture and sport, on behalf of the Government of the Republic of Slovenia, and by Irina Bokova, the Director-General of UNESCO, on behalf of UNESCO. 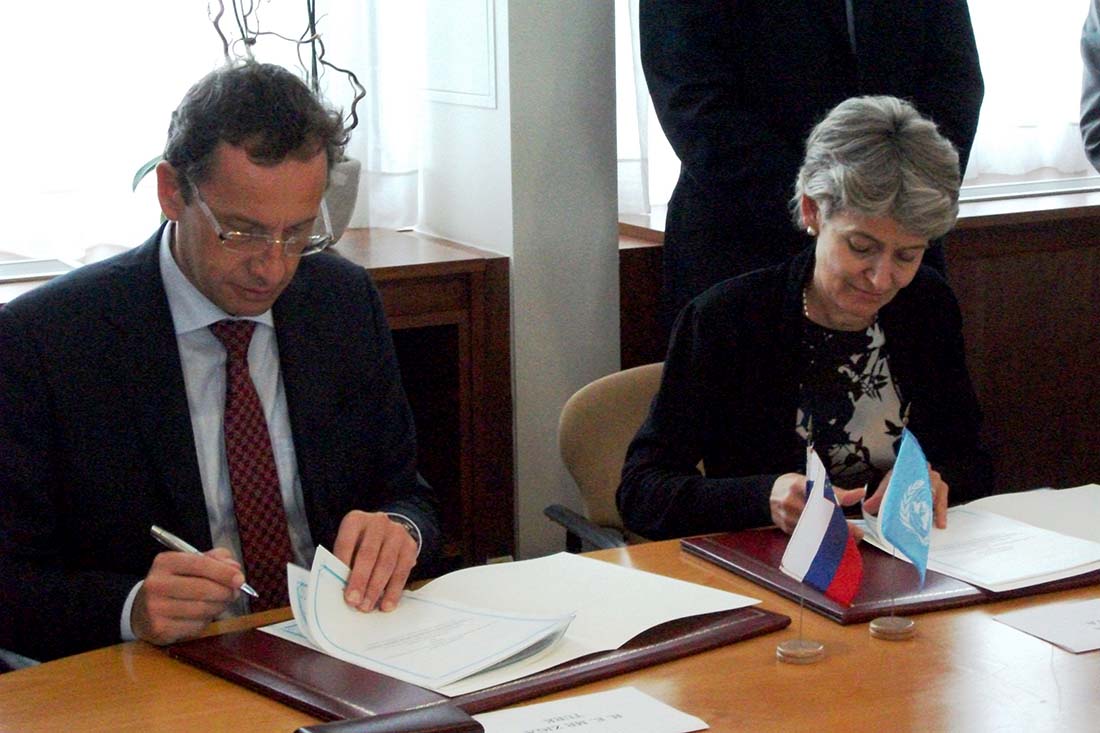 In the Agreement it is stated, inter alia, that IZUM as a UNESCO category 2 centre will take care of:

The acquisition of the status of a UNESCO category 2 centre is certainly an honour for IZUM, a recognition of IZUM’s accomplishments and a confirmation of the programme policy in the region.